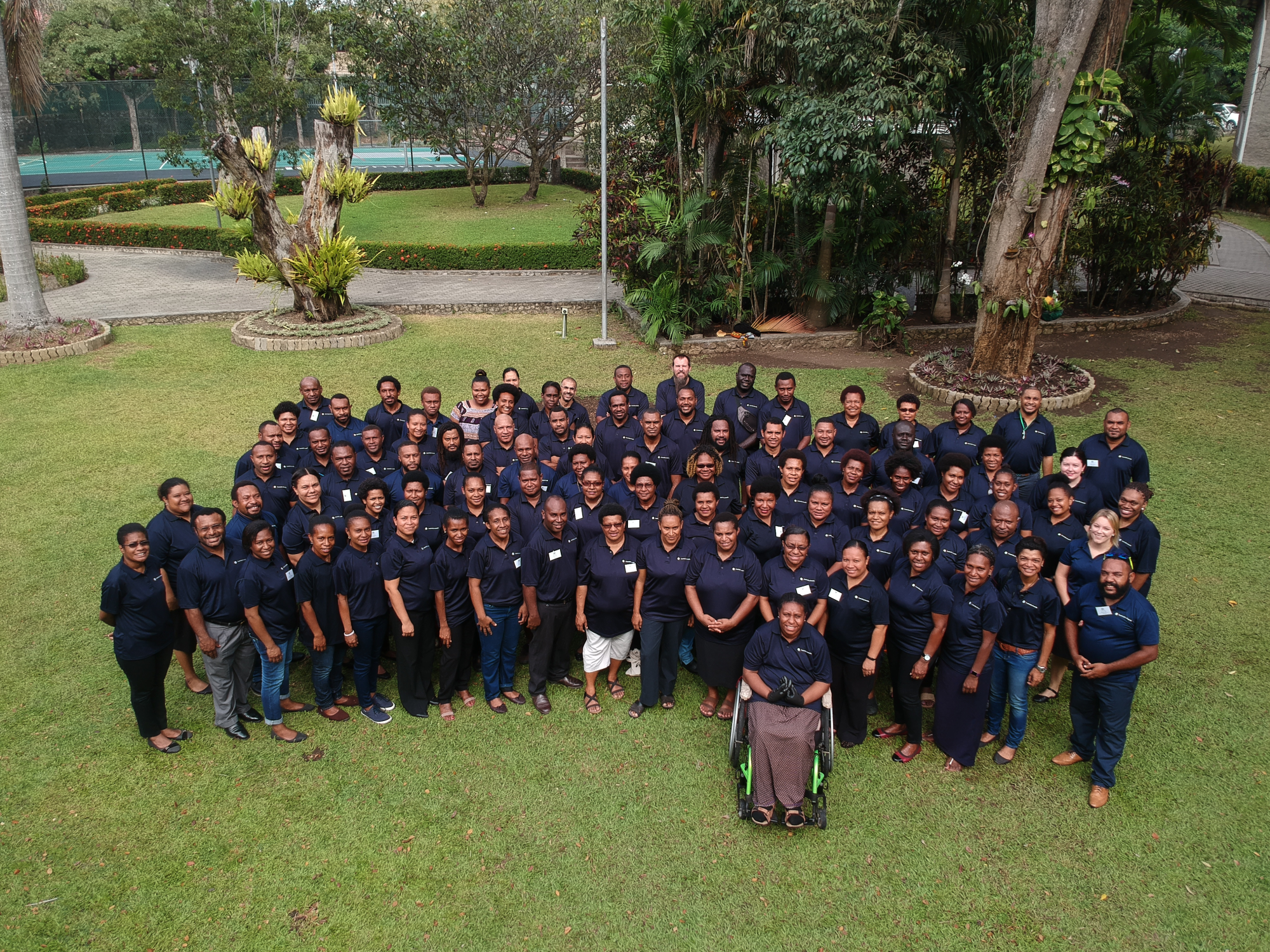 Sharing knowledge across the Australia Awards

The Australian Aid Policy has an emphasis on innovation in the aid program – and bringing together great minds to share thoughts across similar programs is our way of nurturing innovation.

The Australia Awards are professional development scholarships which offer the next generation of global leaders an opportunity to study and research in Australia, giving graduates the skills they need to create positive change in their home country. For Australia, the Awards build an engaged and influential global network of leaders and change-makers, and establish a network of positive contacts around the world.

Across the region, the Awards teams are involved in promoting the Australia Awards, managing the application process and supporting selection panels to choose the next round of Awardees. Awards teams arrange mobilisation of the awardees to Australia and when they return help them to integrate back home and back to work so they can use their new knowledge and skills to create a better world.

In a number of the countries the Awards teams also provide human resource development support to targeted government departments and other agencies by offering scholarships and or short courses in response to the targeted organisation’s requests.

One reason for the success of the Australia Awards program is the creation of opportunity to build knowledge and meet local needs in each of the countries it operates in. Awardees don’t just benefit from the scholarship they receive, but are supported in making sure their skills are used in ways that genuinely add value to their own community.

One challenge for the program is that they are delivered by region or country and not as a whole. While this delivers a culturally tailored program it can also make it harder to knowledge share where there are common challenges.

Our engagement with the Australia Awards has allowed us to become knowledge sharers across the programs we manage, leading to day-to-day program improvements and an ability to value-add for our client, the Australian Government.

We’ve seen the potential to create even greater value for our client by bringing together the experiences of many involved in the program. We have invested in an information-sharing group called the Scholarships Effectiveness Group (SEG). The primary objective of the SEG is to ensure the Awards programs deliver the best outcomes for our client.

While each Australia Awards program is run as a separate entity, the SEG creates networks and shares information and lessons to improve the development effectiveness across our portfolio of Awards programs.

The SEG supports sharing of lessons between teams, secondments of staff between programs to provide training and support to new staff and also supports research into common issues to the Australia Awards. This includes providing the best support to awardees with disability, analysis of ineligibility rates, and sharing with the Australian Government lessons learnt with recommendations for change and improvement.

The team leaders from the eight Australia Awards programs led sessions which highlighted activities unique to their program with topics as diverse as alumni small grants schemes, on award engagement, alumni reintegration strategies and foundation awards being highlighted.

Along with Australia Awards attendees, a senior representative from DFAT’s Scholarships Policy and Management Section also attended the forum to share insights into awards programs, including key policies being developed centrally and future directions.

In the Philippines, one of our programs works with National Government organisations to develop human resource development plans and identify Awardees with the greatest potential to improve the organisation. Team Leader Milalin Javellana provided a case study on how this works with the Civil Service Commission in Philippines and how the Australia Awards has contributed to a better managed government agency. The Laos Australia Institute takes a similar approach and many lessons were shared between the two programs.

The Forum also provided time to reflect on common program challenges such as managing fraud, supporting Awardees in better performance and in how we understand and communicate value for money for the Australia Awards.

Many of the Team Leaders left Bangkok reflecting on their own experiences in their programs whilst imagining the possibilities outlined by others and ended with teams heading back to their programs to look at future activities and opportunities.

Being in a position to value add for our client is one thing, actually setting up the mechanisms to do so and prioritising the effort in order to achieve value-adding is another. The SEG is one example of how we’re supporting and working with our client in the most effective way.tetra